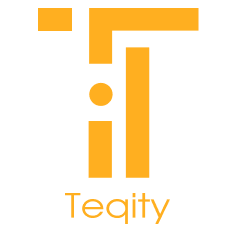 We deliver a set of services based on Agile Innovation Processes that helps clients quickly create, manage, measure and improve processes to push through the obstacles of enterprise inefficiencies.

We provide the capability and scale to execute and manage the development of IT applications and platforms using multiple methodologies. Services include architecture and design, development, quality assurance and governance throughout the lifecycle.

Core Applications Development provides clients with the capability, scale, and speed to drive business agility and digitalization by developing feature-rich and secure business applications which run on a variety of technology and user platforms. Using industrialized and lean delivery, we partner with clients to build and manage an applications portfolio that continuously increases value to end users and maximizes business outcomes.

Cloud Solutions for Azure, AWS, VMware and Oracle enable companies to focus on their strategic priorities while shifting the burden and expense of building and managing a hybrid cloud infrastructure. We manage complex hybrid cloud transitions and deliver services that integrate mainframe, midrange, private and public cloud into an effective whole.

With options for private and public cloud platforms, we manage the on-demand IT infrastructure platforms for business-critical applications so that companies can quickly adapt to market demands and take the best path to hybrid IT.

We at Teqity team consist of highly skilled and talented mobile apps developers. Our developers are always up to date with modern trends of app development to ensure we continue to remain relevant and adaptable to the changes for the good of our clients. We employ a number of technologies categorized in two major groups:

(ii)Hybrid Applications: Hybrid applications are relatively new compared to native apps. They have gained popularity over the past few years and for a good reason: one code base can be used to develop apps for both android and iOS phones. This makes them cheaper than native apps because you only need one developer to develop your app for both android and iOS phones. The fact that hybrid apps can develop cross platform apps make them have a bright future. Our developers will give you excellent results for your next hybrid app project. React Native, Flutter and Xamarin are just a few of the technologies we use for hybrid apps

Website development has changed since the first time the world saw the first website. Technology has seen the websites evolve from static to dynamic websites.  Now we have web applications that a quite faster and more powerful than traditional websites. Teqity has thoroughly qualified web app developers who are skilled at various technologies.

Rise of JavaScript frameworks such as Angular.js, React.js and Vue.js has mapped web development on a new level. From streaming video sites to social media sites, these technologies has shaped the world.

Our team has extensive experience with the following technologies:

We love what we do, that is why we will never disappoint you.

Our team of developers is passionate about what the do, they do not need to be told to do their work.

We endeavor to solve real problems, that is why try to bridge the gap between problems and solutions.

Our developers come up with great ideas daily, which are geared toward achieving the goal of problem solving.

Subscribe to our newsletter to stay updated on all our activities including offers and giveaways.

We've assembled Some Quick Links for You